the “if you want to get art from me plz read it” post :’D

soon it’ll be 1year since last time I had open my regular commissions and I’m almoooost finishing my current queue, so it’s time to talk about the next CM season!

the TL;DR version: next regular commission season will only happen next year, either in January or March. until then I’ll be testing some stuff, like YCH, first-come/first-served CMs, special sales, tematic stuff, etc as well as working on the last CMs from my current queue, so it’ll be a mix of CM leftovers and some experimental stuff, starting this weekend when I’ll host a Halloween themed YCH auction on furaffinity!

if you are interested in know the motives, plans and details about this…
sit down and serve yourself with some tea, cuz here’s the long version:

ok so, why I decided to delay my CM opening until next year? Basically, I want to try making the waiting time shorter. As mostly of my customers don’t mind the wait (since I just get payment once I reach them), I’m aware some get upset about it, it’s also difficult to a new watcher who for example, just found out my art 1day after I have closed the last opening and, lastly, it’s sometimes not very good to me, because it dosn’t matter how long is the wait, if the customer is keeping the same idea they gave me during the opening, I’ll be keeping the same price quote I gave them like 1year ago, that’s only fair, but sometimes it doesn’t match the work and time I’ll put on the drawing anymore, because I (gladly!) could improve my techinics during this waiting time. So, making the waiting shorter is good for both me and my customers!

right, how do I plan making the waiting list shorter, then? I’ve considered many things, I’ve been considering many things since past seasons tbh, but now because of a decent profit I had thanks to some investiments I did during August, I finally feel safe enough to take a risk and try testing some stuff! So during the next months I’ll try to mix my regular CM work (the leftovers from the current queue) with some special sales, at least one special sale per month. A special sale may (but it’s not limited to) be:
✩ YCH (flat sale or auction)
✩ Adoptables (flat sale or auction)
✩ Traditional Pieces (flat sale or auction)
✩ wing it CMs (first come first served sales)
✩ seasonal CMs (first come first served sales)
✩ closed species stuff (at deviantART)
maybe even flat-sale-raffles, which means everyone who wants to buy a specific thing will be put on a raffle, then the winner will be able to buy it. so literally everyone haves chances to get smtg! Are you fast? You got first-served first come. Do you have money? You just gotta AB that auction. Not fast and don’t have that much money? Try your luck on a raffle flat sale! Still not confident about it? Welp, I’ll also be doing some special deals for VIPs 👀👀👀 AY AND WHAT ABOUT PPL WHO HAVE NO MONEY AT ALL? Sorry, it’s my job not a charity corner :’)

summary! I’ll be testing some stuff, and I’ll be opening my next regular “big” cm season next year (again, either January or March) based on how things goes. I still want to keep the “timeframe opening” thing, I’ll probably just make those shorter, like “6hours opening” istead of “48hours opening” etc, and rotating the timezone I use. because again, I want to give everyone a chance to commish me! so yeah, shorter more frequent oportunities!

pretty exciting, right? I’m excited for it~ I hope we all have fun and work in some really neat ideas tgt!!
ok so, lastly. here’s what I have planned to the last years of the month:

I believe that’s it…! thanks for the constant support and for reading it until here! feel free to lemme know what do you think and please stay tunned about next updates and about that VIP thing I’m planning 👀👀👀 ay also, new Chuvareu page confirmed in October!! haha 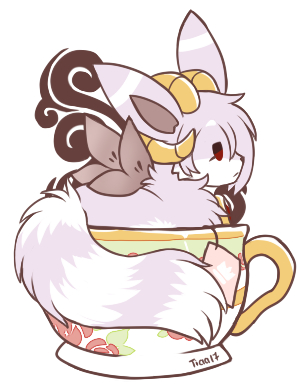